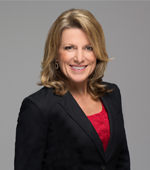 Tayte Brock has 20 years of experience in brand strategy and marketing and has been the acting Creative Director for the Bennet Group since 2003. She specializes in brand development, marketing communications and highly conceptual campaigns for a wide variety of industries.

Prior to creating her own company, Ms. Brock was the Director of Brand Strategy for Scient, an e-business developer, providing counsel for enterprises looking to extend their brands online.

Previously, she was the VP of New Media at REZN8, delivering hi-profile projects for television, interactive, gaming and web properties. Prior to REZN8, she was the Executive Producer for Novocom, an international television branding firm, where she assisted in launching network identities worldwide. Her work at Novocom garnered several Emmys, BDAs, Tellys and a CLIO.